New to an area and unsure of where's nice to run? Or maybe you're just bored of your regular running routes? Trail Router is here to help.

Trail Router creates running routes for you. Not just any old routes either; our routing algorithm suggests routes that go through parks, forests or by water, and avoids busy roads wherever possible.

Here's a few things you can do with Trail Router:

Oh, and it's completely free to use and not littered with ads.

Here's some examples of scenic routes that were suggested by Trail Router. 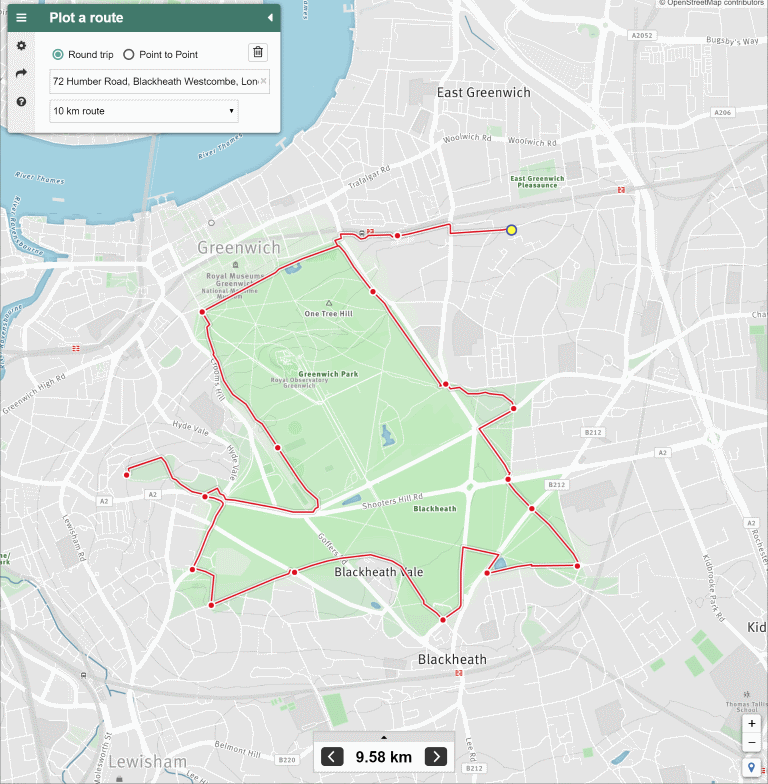 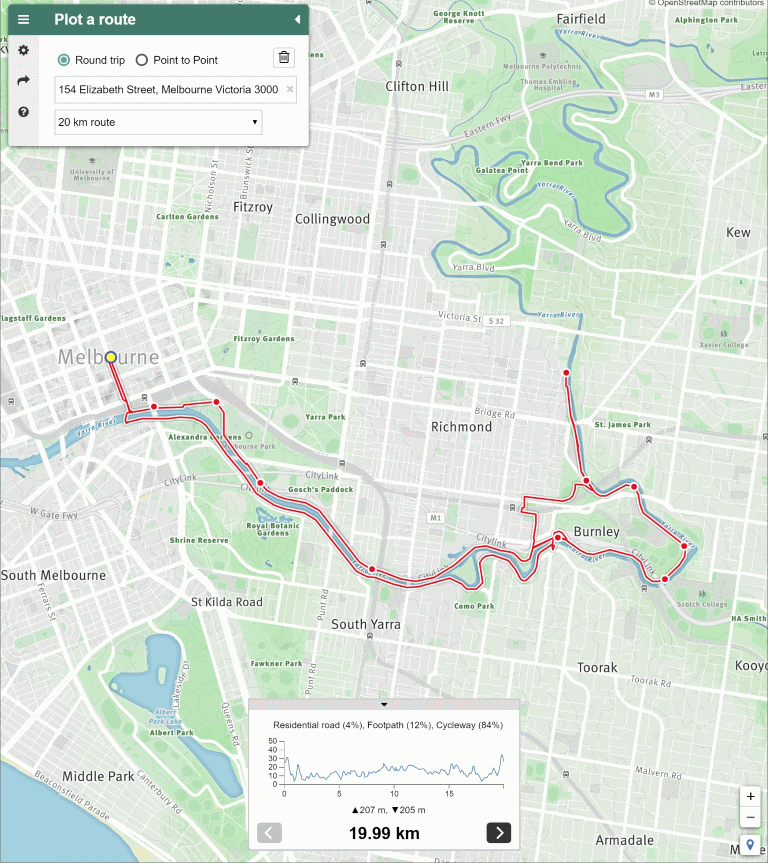 Point-to-point route in San Francisco, US. Not the most direct, but nice and scenic. View route 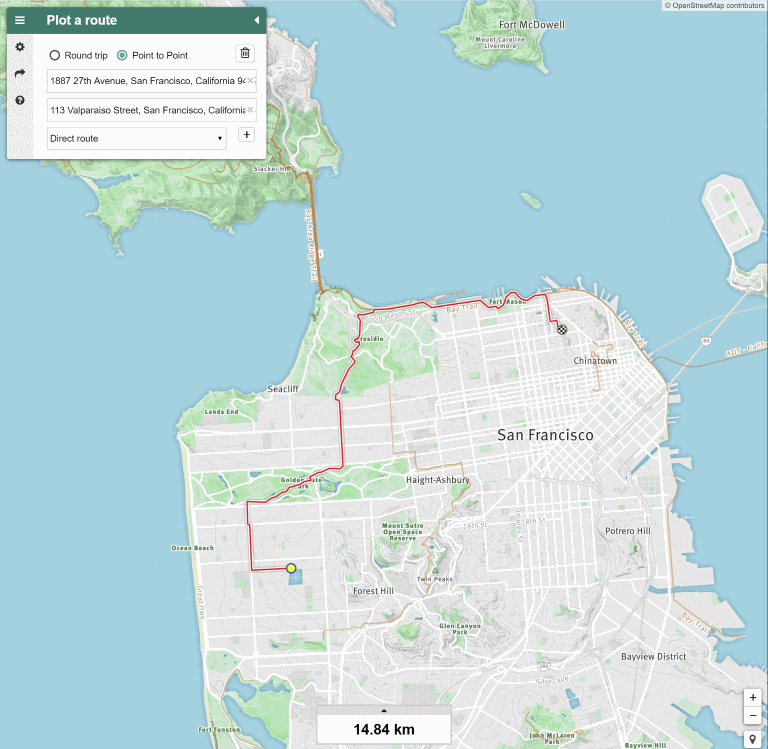 Trail Router was built to solve a problem: the lack of a decent route builder for runners that preferred nature over polluted roads. The bulk of this issue is now solved, but there's still plenty of possible developments on the to-do list. These include:

Of course, if you have ideas for things you'd like to see in Trail Router, please don't hesitate to get in touch.